So much more to Priorat that power

The love affair started in autumn 2012. It was brought to my attention by a sommelier at Gidleigh Park; she was French and when I asked her what she was buying for herself she replied “Priorato”. A couple of months later I found myself in Barcelona for a long weekend and asked the guy behind the bar to recommend a bottle of red to savour and watch the evening unfold; I paid around €40 for a bottle of Somni 2009 and have never looked back.

Priorat is a district in Catalonia, North East Spain that is renowned for it’s powerful red wines. The wines are made from the old, low yielding vines of two kingpin varieties; Garnacha (38% plantings – Grenache in many other regions of the wine world) and Cariñena (25% plantings – Carignan to non-Spanish speakers), which are supplemented with international superstar grapes such as Cabernet Sauvignon, Merlot and Syrah. 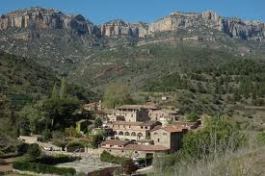 The region has a great story to tell. Although there is evidence of viticulture in the region from the 12th century by the monks from the Carthusian Monastery of Scala Dei, the DO itself was only formally created in 1954. Pre-phylloxera there was around 5,000 hectares under vine in the region; the number had dwindled to under 600 in 1979. But all of this changed in the late 1980s when a group of five growers got together and shared a winery in Gratallops; they became known as the “5 Clos”: Clos Mogador, Clos Dofi (later renamed to Finca Dofi), Clos Erasmus, Clos Martinet and Clos de l’Obac.

This was the start of a golden age for Priorat that has kept on going and is thriving today. The planted area had expanded to 1,800ha in 2009 (still tiny compared to 123,000 in Rioja or even the 18,000 in Ribera del Duero), when the region became only the second DOC (the highest category in Spain) the other being Rioja.

Three things that grabbed me at a recent tasting of Priorat wines at The West London Wine School:

These are wines of real distinction and should enjoy pride of place in any wine cellar… or rack… or shelf… just get some in!

On to the tasting: 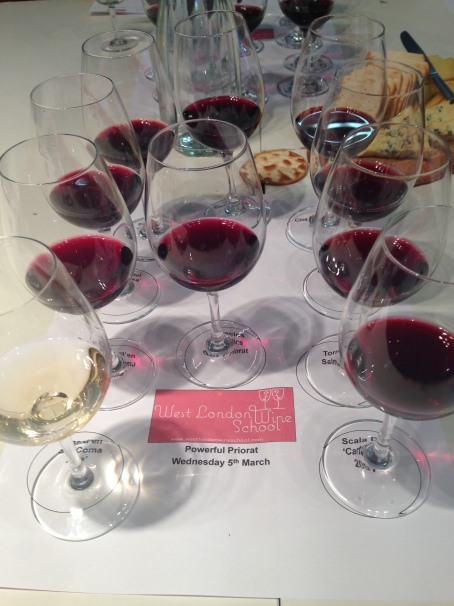 70% Garnacha Blanca, 30% Viognier. White wine represents only 4% of Priorat production, from a total of 43 plots. This is an oxidised style of wine that hits you right between the eyes but there is a real richness behind it; bruised apples, a touch of apricot, a hint of nut and even a touch of wild honey. Very dry but with decent acidic backbone – much brighter than I expected on the palate with a real freshness, with flavours of citrus and orange peel. This isn’t my kind of wine but there is good balance at play here – a very well made wine that hides it’s 15% (!) alcohol well. 90 points

35% Garnacha, 30% Cabernet Sauvignon, 25% Cariñena, 10% Syrah. A very powerful blackberry and mineral nose, with layers of dark cherries, dried herbs and old worn leather. The palate is ripe with black cherries and kirsch and then the red fruit shines through. Perhaps a little hot at the beginning, the wine quickly comes around with a delightful balance of acidity and fine tannin. Very good wine with a good long finish – great it’s available in a UK supermarket too – wait until Waitrose run a 25% off deal and buy a couple. 92 points

50% Cariñena, 30% Grenache, 10% Syrah, 10% Cabernet Sauvignon. Broody, deep and dark blackcurrant and blueberries – a little stewed and a little on the jammy side. There is a touch of red fruit lingering in the background as well as a hint of dark spice and violet – the Cariñena certainly seems to be shining through. Warm alcohol on the attack and a very grippy tannin structure but the fruit is fairly muted and the spice comes to the fore. Obviously still young but I feel it’s lacking balance and don’t think time will cure it. 87 points

50% Cariñena, 30% Garnacha, 20% Syrah. Dark cherries and blackberries with a touch of sweetness – a bit kirsch-like – I like it. Very full bodied with lots of concentration; creamy blackberries, pepper and vanilla spice, with good tannic structure and a very long, slightly sweet finish. I like it a lot but it is made in a very modern, “big” global style – good wine, but doesn’t scream of its place. 92 points 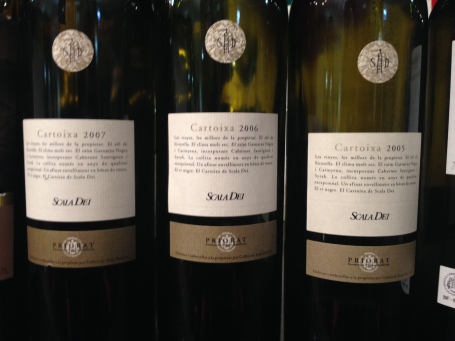 45% Garnacha, 20% Syrah, 20% Cab Sav, 15% Cariñena. Black cherry upfront then the bright red currants pop their heads up before the violets and leather kick-in – the nose is slightly muted but in a very quietly confident manner. Super concentrated with blackberry and blackcurrant fruit and delicious spikes of spice. This is a big, muscular wine and I love the rough edges – wine made for enjoyment not to get Parker points. This is a wine of character, rustic nature and real grunt… I love it! 94 points

45% Garnacha, 20% Syrah, 20% Cab Sav, 15% Cariñena. Very opulent aromas of blackberry and cherry fruit with lots of dried spice and violet – I know that velvet isn’t a smell, but that’s what it smells like to me! On the palate the tannins are extremely fine and there is a sharp (and welcome) acidic bite. The flavours are blackberry and black cherry with leather, roasted meat and smoky spice. Great balance, majestic texture and spicy finish that keep going. Very fine and characterful indeed. 94 points

44% Garnacha, 21% Cariñena, 18% Syrah, 19% Cab Sav, . The first aroma is blackberry, then the red fruit kicks in; cranberry and raspberry. Big and rich on the nose; very polished and modern with plenty of vanilla from the use of very expensive new oak (50% new). Huge concentration of dark fruit up-front and a massive tannic structure; rich, polished, expensive and oh so very modern. Very, very young, very, very rich and hugely powerful. Another excellent wine but it could come from anywhere – is Priorat losing it’s sense of place? I hope not. 93 points

Garnacha, Syrah, Cab Sav, Cariñena, Pinot Noir (I can’t find the percentages). Plenty of development on the nose worn leather, smoked meat, dried shitake mushrooms. There are still hints of fruit, mainly dried and mostly red. There is still delightful tannin at play but still has the acidic backbone to compensate. The main fruit on the palate is red currant and dried cranberry along with a smoky, earthy finish. Maybe just past it’s best but a very interesting and enjoyable drop. 92 points

45% Grenache, 20% Cab Sav, 20% Merlot, 10% Cariñena, 5% Syrah. Talk about keeping the best ‘till last! Very fresh, very elegant on the nose with charming red cherry fruit, mineral and vanilla merging delightfully. It still tastes so young; the tannin is delightful and elegant, there’s lots of bright red cherry fruit and lots of earthy mushroom and smoke and delicious minerality. The tasting  title was “Powerful Priorat” but the elegance of this fantastic wine certainly stole the show. 95 points 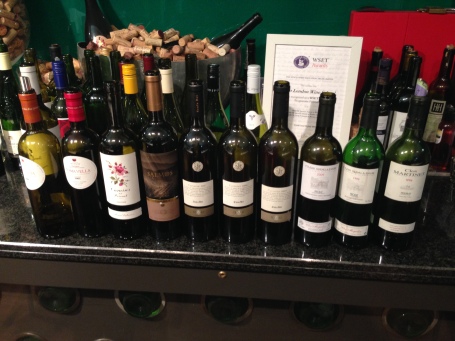 OK, so Priorat isn’t a cheap option… but £10.99 for Sainsbury’s Taste the Difference won’t break the bank and won’t disappoint either!

It’s hard to find Priorat under a tenner… Never mind £8.24! But this is fab. Blackberries, black currants and a touch of damson jam, but there’s also a fabulous savoury edge and an earthy minerality.  Refreshing acidity, nicely judged oak and balanced powdery tannin. This is still a young wine and unfortunately none of it will see its prime; but so what, it tastes really good right now. 91 points

Posted on March 16, 2014, in Uncategorized. Bookmark the permalink. 2 Comments.